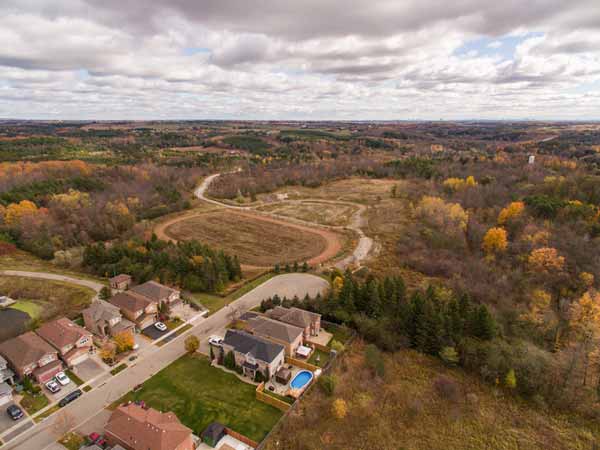 It’s been a long time coming.

A subdivision development, which was originally proposed over 10 years ago near the Bolton camp lands was finalized by the Land Planning Appeal Tribunal on June 26.

Three single detached residential lots at the end of Crestridge Drive, a 12.3-acre condominium block consisting of 140 townhouses accessed by Caledon King Townline, and two environmental blocks totalling 1.1 acres to be dedicated to the TRCA.

— The development comprises of an area of approximately 5.68 hectares (14.04 acres).

— In 2012, the town received applications for a draft plan of subdivision and a draft plan of condominium, which were appealed to the Ontario Municipal Board (now LPAT) along with a proposed implementing zoning bylaw amendment.

— On July 27, 2015 the board issued draft approval of the draft plans of subdivision and condominium, subject to conditions, and adjourned its final decision on the proposed zoning bylaw amendment.

— The decision directed that the form and substance of the site-specific zoning bylaw amendment required to implement the approved draft plans be finalized and submitted to the board.

— On June 26, 2019, LPAT held a pre-hearing conference following which it approved the finalized zoning bylaw amendment and made minor revisions to the draft plans of subdivision and condominium that will allow the lands to be developed.
×